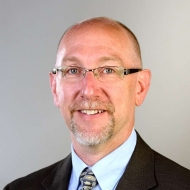 Paul Laband MD is a primary care physician, board certified in Internal Medicine and actively working towards certification in Hospice and Palliative Care. He is currently practicing outpatient primary care in Napa, California with St. Joseph Health Medical Group, where he is also the Medical Director for the Primary Care section of the group. In addition, he is serving as an Associate Hospice Medical Director for Kindred Hospice, one of the nation’s largest hospice service providers. He holds active medical licenses in Maine and California.

Dr. Laband was born and raised in western Massachusetts, where he learned at a young age the value of spending time in the forest during all four seasons. He attended Tufts University in Boston for both undergraduate and medical school. He received his BA with magna cum laude honors in Philosophy, and studied the Philosophy of Science and Consciousness under Professor Daniel Dennett who is a thought leader in the field of consciousness to this day. He trained in Internal Medicine at Maine Medical Center in Portland, Maine, where he also served as Chief Resident. He has spent most of his 25 years in medicine practicing comprehensive inpatient and outpatient Internal Medicine in small rural communities in Maine before moving to California in 2015.

Dr. Laband strives to achieve patient-centered and evidence-based medicine. His areas of interest and expertise include chronic disease management as well as wellness and preventive medicine. He is very interested in the potential that lifestyle change has to modify disease risk, and the challenge that is inherent in getting people to make healthy lifestyle choices. His passion is to contribute to positive changes in the healthcare delivery system that will allow for improved access to high quality and high value care for all populations, not just those who can afford to pay extra for top-tier care.