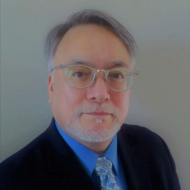 I am looking for pediatrics, urgent care, and medication assisted treatment (Suboxone, MAT) telemedicine opportunities. Board certified in pediatrics including academics, private practice, and hospitalist as a Chair for Pediatrics (Inpatient Medicine) and as a neonatologist. These past 5 years I have been working in urgent care seeing all age groups, and am X-waivered to 100 pts for MAT. I have two active licenses, NH and VT, and can easily reactivate FL, NC, NJ, MS, ME and OH.