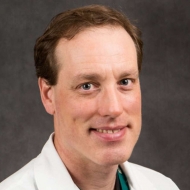 August 2009 - May 2013
Doctor of Medicine​, University of Washington School of Medicine