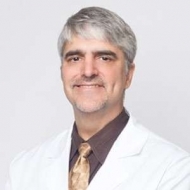 John R. DeBanto, MD is specializing in Gastroenterology. He is currently in Los Angeles, CA. Dr. DeBanto graduated from Wright State University Boonshoft School of Medicine in 1992 and has been in practice for more than 25 years. He completed a residency at University of Kentucky Medical Center. Dr. DeBanto also specializes in Internal Medicine and is board certified in Internal Medicine.