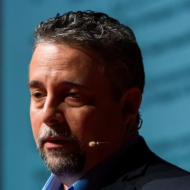 Dr. Ciottone is the Director for Medical Preparedness at the National Preparedness Leadership Initiative, a joint program of the Harvard T.H. Chan School of Public Health and the Center for Public Leadership, Harvard John F. Kennedy School of Government. He is an Associate Professor of Emergency Medicine at Harvard Medical School and is the Director of the Division of Disaster Medicine at Beth Israel Deaconess Medical Center, where he works clinically in the Department of Emergency Medicine. He is the Founder and Director of the first-ever Disaster Medicine Fellowship Program at a Harvard teaching hospital, and has held the position of Visiting Professor at several prestigious universities around the world, including Vrije Universiteit Brussel in Belgium, Tel Aviv University in Israel, and the Universita del Piemonte Orientale in Italy.
Dr. Ciottone has more than 25 years’ experience in academic and clinical Emergency Medicine, and is an internationally recognized expert in Disaster Medicine and Emergency Management. He has served as a consultant in more than 30 countries around the world, and domestically for the US State Department, Department of Health and Human Services, Department of Homeland Security, Department of Justice, and the White House Medical Unit during the Obama and Trump administrations, a position he continues in today.

My recent awards and honored positions include being named “EMS Physician of the Year” by Central Massachusetts Emergency Medical Services in 2007, and the “Spotlight” for the Phi Beta Kappa national publication Keynote Reporter in 2008. In 2009, while working in conjunction with Mikhail Gorbachev and the Gorbachev Foundation towards improved healthcare infrastructure in Russia, I served as a personal envoy from President Gorbachev to the U.S. Governmental Agency OPIC. In 2010, I was named by the Russian Federation Ministries of Education and Science as an approved Evaluation Expert for the New Eurasia Foundation. In 2011, I was appointed to the European Master in Disaster Medicine Academy in Geneva Switzerland, an international disaster prevention and response policy institute operated through the Hôpitaux Universitaires de Genève. I have been honored to be appointed as a Visiting Professor at three major Universities in Europe and the Middle East, and recently gave a TEDx lecture in Tallinn Estonia. I have served as an invited subject matter expert for a number of CNN national news shows. In 2017 I was honored as a consultant by the White House Medical Unit for “Outstanding Achievement in the Service of the White House Medical Unit and the President of the United States”. I was also named by the World Association for Disaster and Emergency Medicine as Director of their newly established Counter-Terrorism Medicine Special Interest Group.