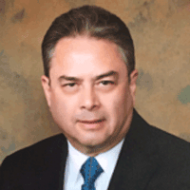 Dr. Barceló was born in Queretaro, Mexico in 1956 and graduated with honors from the School of Medicine at the University of Guadalajara in 1980. He completed his training in Plastic and Reconstructive Surgery in 1986 at the Jalisco Institute for Plastic and Reconstructive Surgery University of Guadalajara.
In 1988, he became board certified by the Mexican Board of Plastic, Aesthetic and Reconstructive Surgery. He joined the faculty of the Institute in Guadalajara, first as Assistant Professor and as of late, the Associate Professor of this program particularly dedicated to cleft surgery. From 1987 to 2001, he also had his private cosmetic surgery practice.
His techniques for short vertical scar mastopexy, gluteal and calf augmentation, lipo-sculpture and body lifting received praise and prestige from the international community of plastic surgeons.

In 2001 he expanded his scope of practice and completed a fellowship in Cranio Maxillo Facial Surgery at the International Craniofacial Institute, Dallas Texas where later he joined the practice as an associate and currently serves as a Medical Director

Clinical Experience
Private practice of Plastic Aesthetic and Reconstructive Surgery since 1987 to date.

Associate to the International Craniofacial Institute Dallas TX, 2004 to date.

President of the western Mexican Society of Plastic Surgery 1991-1993